After our bus ride to Nagasaki Airport we had a two and a half hour layover. I got bored and decided to start taking pictures. After looking around I found some stuff. I've seen this sort of thing just about everywhere here. Never thought about taking pictures of this but you don't see these sorts of things in US airports.

This is just a booth at the airport selling food. Nothing too special about this. Just thought I'd take a picture. 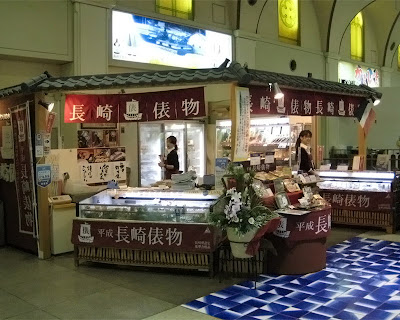 Many of the restaurants in Japan have displays showing what is available on their menus. Usually it is a window with all the food, plastic, neatly arranged on dishes. When you do order your plate will look just like the display. 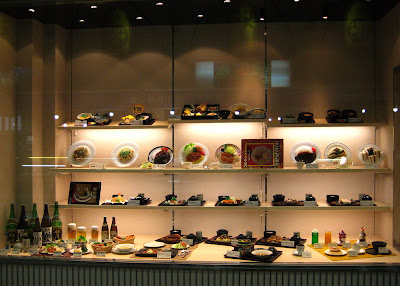 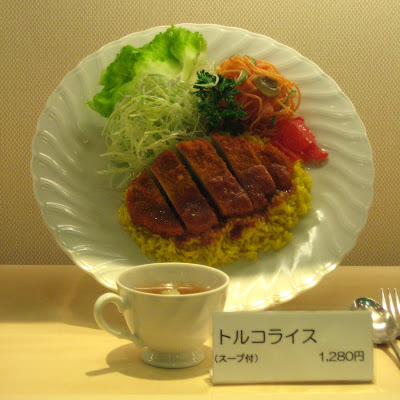 There are shops that sell food ,but not necessarily to eat on the flight. Some of these shops are more like mini grocery stores. Some of the stuff they sell seems odd to me because of where they are located. Sometimes they are just selling fancy boxed cookies and sweets. These are mostly for gifts. 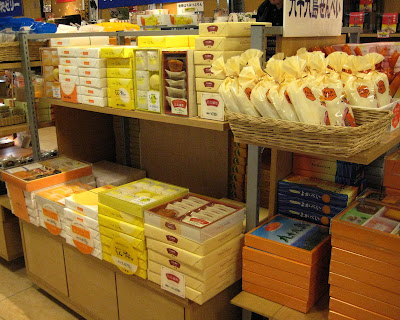 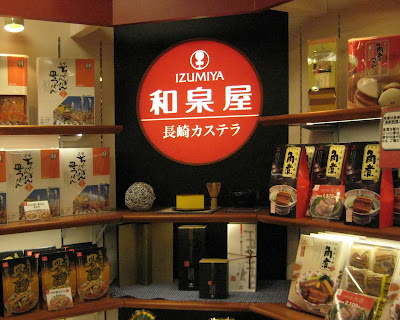 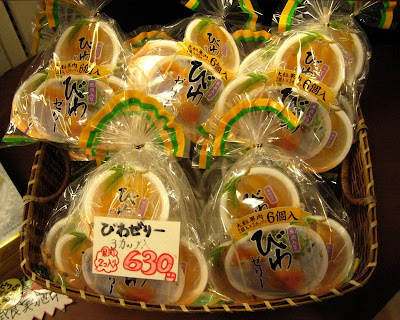 Then you get something a bit stranger. This is a seafood display. 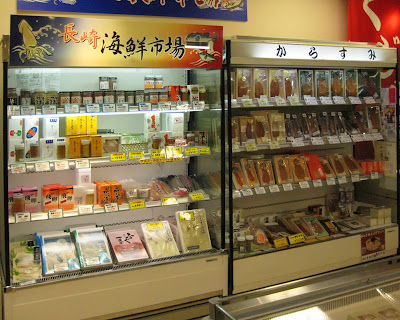 Here are some close-ups of whats available. 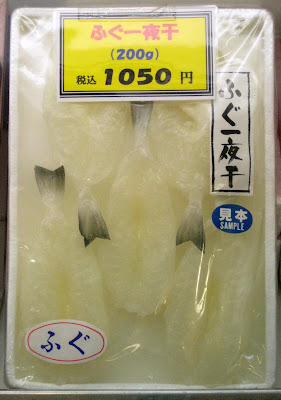 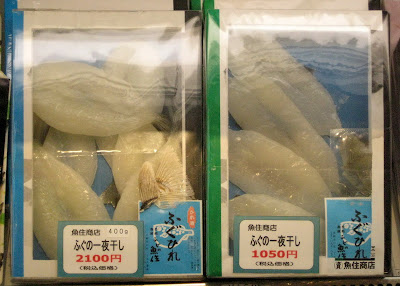 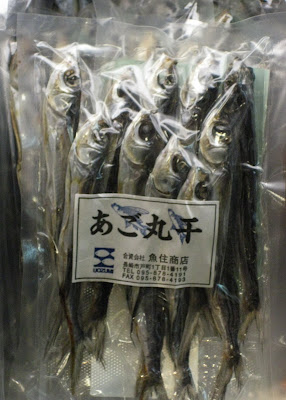 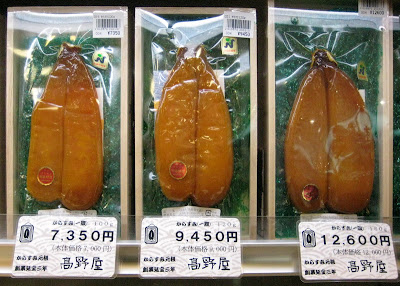 I have no idea what these last things are...tongue of some sort? What ever they are they're expensive. The one on the right costs 12,600 Yen, about $120.

More and stranger later.
Posted by Tim at Thursday, February 28, 2008