Yesterday Dennis and went to a area here in Sasebo called Kashimea. Its about 10 minutes west of the base. This area has the highest concentration of islands in all of Japan...about 170...some or all of them very small. There is a cruise that will take you around them but we arrived too late. The boat was just leaving when we got to the pier. I did manage to get a few pictures from a view point called Kunakoshi Outlook. We were after a sunset picture but the clouds were to heavy and blocked the sun just before sunset.

Before getting to the out look I found a small temple. It has something to do with fishing...there is a fishing village or villages here. Inside the temple is a statue of a figure holding a fish...he seems pretty happy. 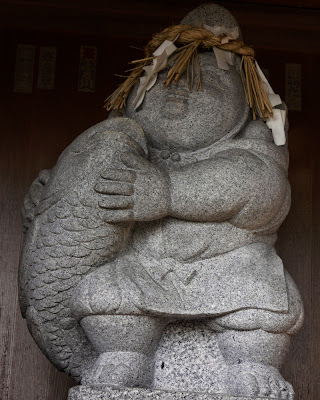 Here's a shot of the gate and a stone with some writing...any idea what is says? 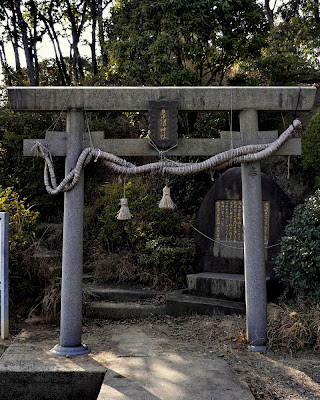 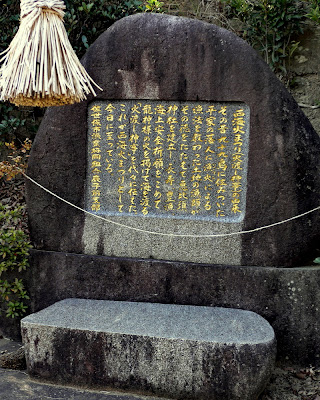 After this we walked about 2 kilometers up a road to the lookout. When we got there a crew was busy trimming the trees to keep the view unobstructed. 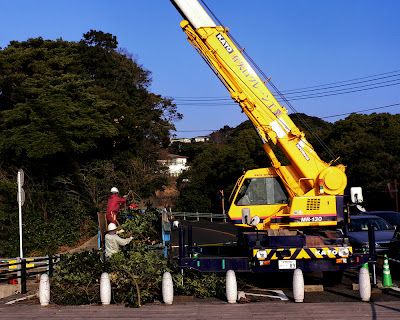 This is a very popular place for some of the local photographers...they come here quite often to get the shot of sunsets year round. There were about 4 or 5 of them when we got there. These guys already had their locations staked out on the deck. While we were waiting for the sun to set a couple of them brought out their albums with all of the sunset pictures they had taken. Many of them were quite impressive.

Here's a shot of the bunch of them standing on the deck waiting. 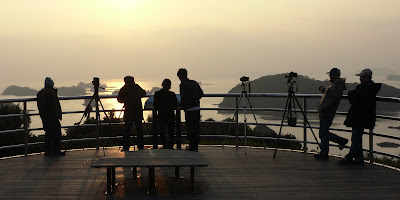 The man standing to the far right was kind enough to give us a ride back down to the taxi stand...it was a long walk up and after the sun set it got pretty damn cold.

Here are a few of the shots I took while I was there. 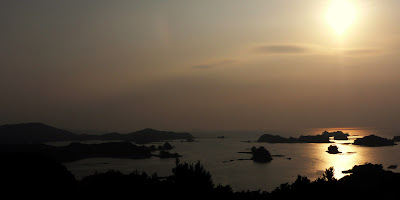 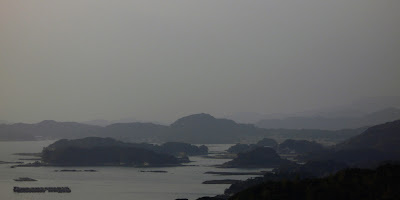 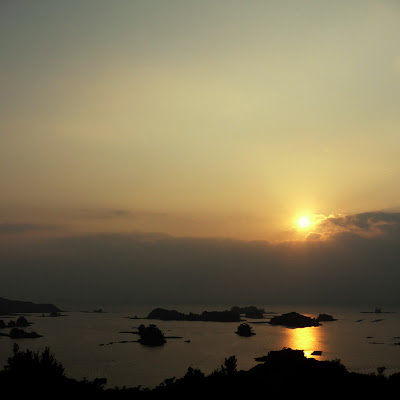 This is all for now.